The Colonel Hardy Murfree Chapter, NSDAR, was organized on April 25, 1910, in Murfreesboro, Tennessee, with Mary Noailles Murfree as Organizing Regent. A distinguished American Revolutionary War soldier, Hardy Murfree was a Lieutenant Colonel in the Continental Army of North Carolina. In 1779, he was one of ten men chosen by General George Washington to lead the Battle of Stony Point. He is buried on a farm in nearby Williamson County, Tennessee. The city of Murfreesboro was named for him by a legislative act in 1811.

Several Daughters in the Colonel Hardy Murfree Chapter, NSDAR, have served the State and National Societies in various positions, with the most distinguished being Sarah McKelley King who served as President General from 1983-1986. Her administration was one of outstanding contributions to NSDAR. In the fall of 1983, more than 200 daughters traveled to Paris, France, to celebrate the Bicentennial of the Treaty of Paris and dedicated a marker at Yorktown Square honoring Peacemakers Benjamin Franklin, John Jay, and John Adams.  Mrs. King also served as State Regent and Curator General for the DAR Museum in Washington, D.C.

In its early years, the chapter placed several historical markers in Murfreesboro.  The first, placed in 1921, was a plaque by the west door of the Rutherford County Courthouse.  The plaque commemorates Murfreesboro’s time as capitol of Tennessee, September 26, 1819 to October 15, 1825. A granite marker honoring General Griffith Rutherford (1721-1805) was erected in 1946 at the northwest corner of the Courthouse Square. Presented by the Colonel Hardy Murfree and Captain William Lytle Chapters, NSDAR, it commemorates naming the county after this Revolutionary War hero in 1803.

Since 1990, emphasis has been on membership growth and fundraising for the chapter. This led to greater outreach in the local community and increased support of Tennessee Society Daughters of the American Revolution (TSDAR) and NSDAR projects. A focus on membership retention has been essential and has benefitted from a focus in recent years on interesting programs and speakers for chapter meetings. TSDAR state officers and honorary state regents are invited to meetings annually and a representative of a DAR School is invited biennially. Regular communication includes email and telephone calls to current and prospective members to remind them of upcoming meetings and share chapter news. Junior Membership is encouraged; ninety-nine women who joined as juniors are still chapter members. During these years, membership doubled, and the chapter is now the largest in Tennessee.

For several years, the chapter funded service projects with proceeds from a Valentine’s Day Gala. This fundraising led to generous support to DAR schools, local literacy promotion, patriotic projects including support to active-duty military and veterans, and the completion of several historic preservation projects.

The chapter impacts the lives of children through support to DAR schools with monetary donations, gift cards, and visits to schools to deliver needed classroom and medical clinic supplies. For nearly fifteen years, a focus on future readers has included the purchase and donation of books for students at Hobgood Elementary School for their “forever home libraries.” Members also teach English as a second language to adult learners and read to students in classrooms. In 2007, the chapter was recognized by NSDAR with a second-place award for literacy promotion. Locally, Linebaugh Public Library regularly receives book donations and financial support for the purchase of genealogical reference materials. Each year, the chapter donates a subscription for the DAR Library of “The Pellissippian,” a quarterly publication for use by researching genealogists. Generous donations to support restoration of the lay lights in the NSDAR Library and the Patriot Records Project were given in recent years.

To show appreciation for the service and sacrifice of military veterans, members participate in service projects at the Alvin C. York VA Medical Center. This includes manning a booth at the Patient Carnival, distributing personal care items, toiletries, and gift cards to the veterans. Monetary donations to the Tennessee Fisher House, West Tennessee Veterans Home, and West Tennessee Veterans Cemetery assist veterans and their families throughout Tennessee. Several members serve as “Guardians” for veterans visiting Washington, D.C. on Honor Flights, while financial support sponsors their travel. The chapter regularly collects items for care packages and mails them to the friends and relatives of members who are deployed overseas. Each year on July 4, members attend “Celebration under the Stars” sponsored by the Murfreesboro Parks and Recreation Department, distributing 1,000 American flags to members of the community.

On April 25, 2010, the chapter celebrated its 100th anniversary with a tea in the home of Mr. and Mrs. Matt Murfree. Mr. Murfree is a descendant of the chapter’s namesake.  The tea celebrated the life and accomplishments of four chapter Daughters:  Sarah McKelley King; Mary Noailles Murfree; Dr. Rhea Seddon, a retired NASA astronaut and physician; and Jean Marie Faircloth, wife of General Douglas MacArthur.

On October 18, 2012, in honor of the City of Murfreesboro’s Bicentennial Celebration, the chapter re-dedicated its 1933 historical marker in the Old City Cemetery on Vine Street.  The marker commemorates the original site of First Presbyterian Church, which served in August 1822 as a meeting place for the state legislature after the County Courthouse burned while Murfreesboro was the capitol of Tennessee. During the Civil War, the church was used as a hospital for Confederate and then Union forces before destruction by the latter. In 2017, the chapter cleaned and restored the marble cross of our founding regent, placing an etched marble DAR insignia near the grave.

The chapter sponsors the Stones River Society of the Children of the American Revolution (C.A.R.) with adult leadership and financial support. Many DAR members serve as Senior Leaders. Chartered on November 7, 1969, Stones River C.A.R. is a Gold Merit Society nationally and has been the Outstanding Society in Tennessee for several years. Five members of the Stones River Society served as Tennessee Society C.A.R. President and one as National Vice President for the Mid-Southern Region.

Colonel Hardy Murfree Chapter, NSDAR, is a vital, engaged chapter whose members provide meaningful service to the local community and welcome new members to the important work of DAR.

Remembering that freedom isn't free, and honoring those who paid the ultimate price... ... See MoreSee Less

Children of the American Revolution (C.A.R.) 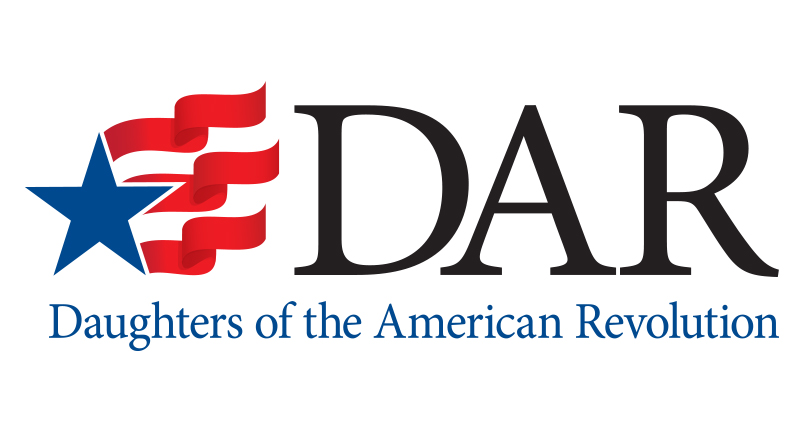