The Judge David Campbell Chapter, NSDAR, was organized on May 12, 1915, in Chattanooga (St. Elmo), Tennessee. It was named in memory of the common ancestor of the founding members of the chapter. The chapter motto is: “Ne Obliviscaris” (“Do not forget”).

DAVID CAMPBELL, son of David and Mary (Hamilton) Campbell was born in 1750, in Augusta County, Virginia. He received a liberal education for his time and chose the law for his profession. Upon the organization of Washington County, Virginia, in 1777, he was made Clerk of the Court.

In 1779, David Campbell married Elizabeth Outlaw, the daughter of Colonel Alexander and Penelope (Smith) Outlaw. During the American Revolutionary War, David Campbell served as major in the Virginia Militia, and his troops were with General Nathaniel Greene in his southern campaign. In 1783, David Campbell moved with his family to Greene County, North Carolina, and there began a career of usefulness that continued throughout his life. In 1784, he was elected judge of Washington District, but he chose to cast his lot with the state of Franklin, of which he was made chief judge and a member of the Council of State. In 1787, he represented Greene County in the North Carolina Assembly and was made assistant judge of the District of Washington.

He was appointed by President Washington in 1790 as one of the judges of the territory south of the Ohio River, a position which he held until the territory was admitted into the Union as the state of Tennessee. In 1792, he served as one of the commissioners for the national government to run the boundary line between the white settlements and the Cherokee Indians.

In the fall of 1797, Judge Campbell was appointed a judge of the Superior Court of the state of Tennessee and remained in this position until the abolition of the court in 1810. In 1811, he was appointed by President Jefferson a judge of the Mississippi Territory. Judge Campbell died at his home near Washington, Rhea County, Tennessee, in 1812. Elizabeth Campbell sold her Rhea County home in 1818 and moved to Cahaba, Alabama, near Huntsville.

The Judge David Campbell Chapter, NSDAR, marked Judge Campbell’s grave at his Old Washington home on July 4, 1925. Over 400 people, including a number of his descendants, attended the ceremony conducted by Mrs. Rosalind Ewing Martin, Chapter Regent. The chapter placed a new plaque with the DAR Insignia at Judge Campbell’s grave in April of 2011, Regent Phyllis Talbert Carter, presiding.

Today’s DAR – One In A Million 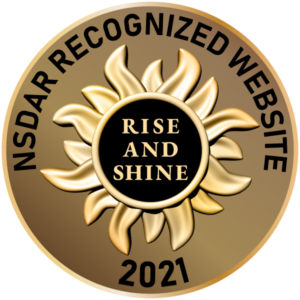